Climbing Plants For The Garden

Climbing plants can be used to great effect in any style of garden. For small, terrace gardens they can be used as a screen from neighbours or the road – all that is needed is a trellis. The width of the screen can be narrow or wide, depending on the amount of pruning employed. One of the current gardening trends is for vertical gardens – by growing vines on a wall, a lush, tropical look can be achieved in minimum space while creating external house insulation.Vines are wonderful for covering old garden sheds and unsightly fences. Grown over pergolas, a deciduous vine creates shaded areas in the heat of summer and protected warmth in winter months. For those with green thumbs and a flair for the ‘artistic’, standards can be produced, or the use of a wire frame on which to train the vine can result in a wonderful array of ‘topiary’ shapes. The use of vines in the garden is only limited by the gardener’s imagination.

In addition to the aesthetic or practical uses to which climbing plants can be put, many have beautiful flowers, colourful fruit or interesting foliage which may change colour at different stages of growth. Many native vines provide food and/or shelter for wildlife.

The Richmond Birdwing vine (Pararistolochia praevenosa) is a large, woody vine that is found naturally from northern New South Wales to the Mary River in Queensland. Once prolific in subtropical rain-forests in this zone, it has suffered from massive clearing of its natural habitat. It has large elliptical leaves that are almost lime green when young but mature to a dark green. The purple to pink flowers, which are bright yellow inside, appear in summer and autumn, and are followed by orange, ribbed fruit. As its name suggests, it is the host plant for the Richmond Birdwing butterfly. In wonderful symbiosis, the caterpillars only eat new fresh leaves and so do not do any real damage to the vine.

The Kangaroo Vine (Cissus antarctica) is an evergreen vine that can be found in coastal rain-forests from northern Queensland to northern NSW. In its natural habitat it uses its tendrils to climb high in the forest canopy. This plant has been used extensively as an indoor specimen as it will take a range of light conditions (although they prosper best in bright light away from direct sunlight) and have attractive serrated leaves which produce an ‘airy’ effect. A vigorously growing screen plant, it can also be trained onto a vertical support or grown in a hanging basket to produce a cascading shower of green. The cream coloured flowers of this plant are insignificant but the fruit that follows is black and edible with an astringent taste.

The Shiny-leaved Grape (Tetrastigma nitens) is another woody vine found in moist areas along the east coast of Australia from northern Queensland into NSW. It is also called the Three-Leaf Water Vine because it has a compound leaf composed of three leaflets, the centre of which is the longest. The flowers are small, greenish in colour and borne in clusters. These are followed by black, highly astringent fruit. As with Kangaroo Vine, this is can be used as a vigorously growing screening plant along a structure or can be grown in hanging pots.

Coastal Jasmine (Jasminum didymum) is a wonderful alternative to exotic jasmines. Its dark green elliptical leaves contrast with delicate sprays of white flowers which have a subtle perfume and abound throughout the year. Because of its ability to produce a thick basal stem, this species could be grown as a beautiful standard to highlight a corner of a courtyard.

A perennial favourite is the Bower Vine (Pandorea jasminoides) with its large, tubular pink flowers throughout spring and summer. This plant is great for pergolas and archways, as can be seen when visiting the nursery. 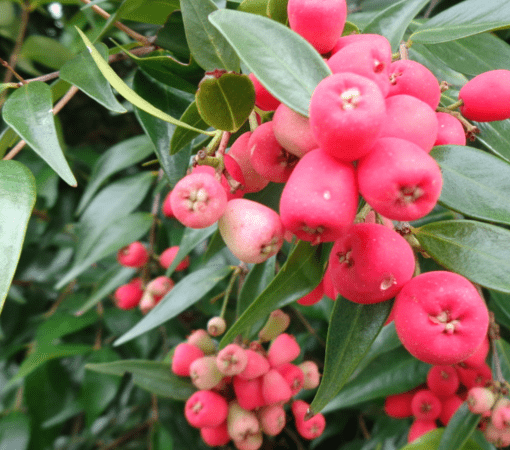 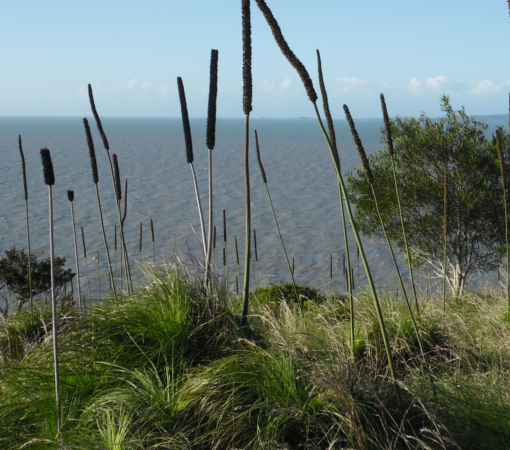 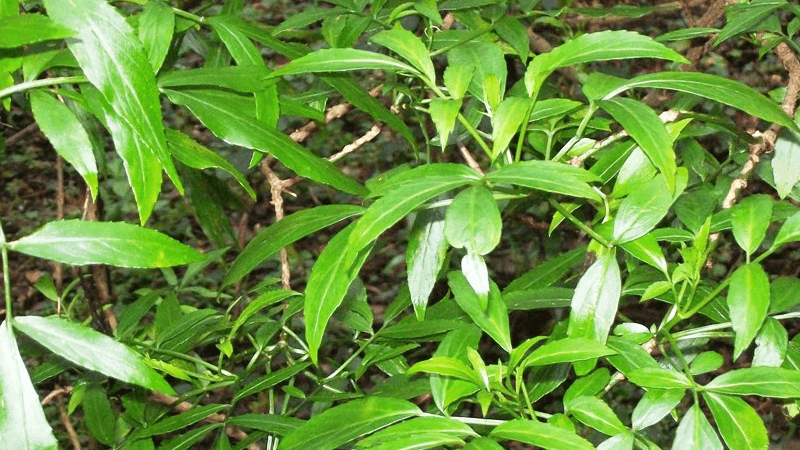 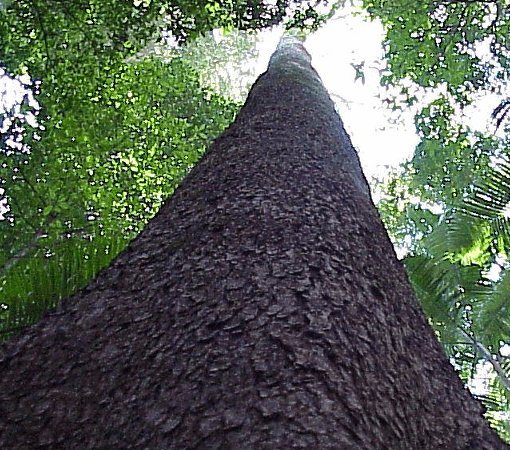