Native Food Plants For The Garden

In recent years there has been a resurgence of interest in the edible bounty of our bush. Perhaps the best known edible plants are the macadamia nuts (made famous world-wide after plantations were established in Hawaii), Macadamia integrifolia and Macadamia tetraphylla. These compact, small trees have pointed, crinkled leaves and are decorated in spring with long, graceful flower spikes from which the nuts in their woody coating develop. Another well known nut is the Bunya nut, Araucaria bidwillii, but as it is a very large tree it is best suited to acreage sites. In large gardens the peanut tree, Sterculia quadrifolia, with its large seed pod opening red to display the seeds which have a distinct peanut flavour, would be striking. All of the Brachychiton species (the flame tree, kurrajong and bottle tree) have edible nutty flavoured seeds. In fact the seeds of the kurrajong (Brachychiton populneus), after roasting and grinding, make an acceptable coffee.

Delicious, refreshing lemon-flavoured teas can be made from steeping the leaves of either the lemon-scented tea-tree (Leptospermum petersonii) or the lemon myrtle (Backhousia citriodora) in hot water. A calming herbal tea is produced from the foliage of the cinnamon myrtle (Backhousia myrtifolia) as well as being used wherever cinnamon is called for. All are small trees that would fit well in any garden.

The finger lime Citrus australasica has slender, 10cm long, cylindrical fruit filled with tangy pulp of hundreds of individual vesicles that retain their unique form until consumed. This is fast becoming a cafe speciality. Perhaps one of the most versatile plants of this region is the native rosella, Hibiscus heterophylla. The flower buds can be used in jam making, the leaves taste like sorrell and the roots like woody parsnips. The Midyim berry (Austromyrtus dulcis), a small shrub which can be make an attractive hedge with burgundy coloured new leaves and white star-like flowers in spring, has sweet, tangy berries. Vegetable plants include the native yam (Dioscorea transversa) and scrambling lilly (Geitonoplesium cymosum).

Visit the nursery to see the extensive range of edible native plants in stock. 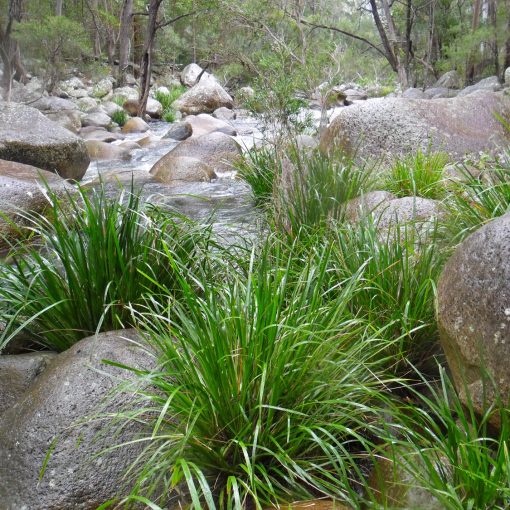 ‘Frog Hollows’ In The Garden Margo’s Manuscripts Frogs are an important part of the ecosystem and yet their numbers are dwindling. They […] 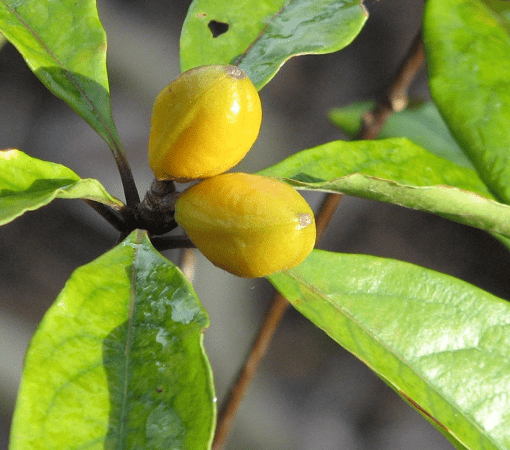 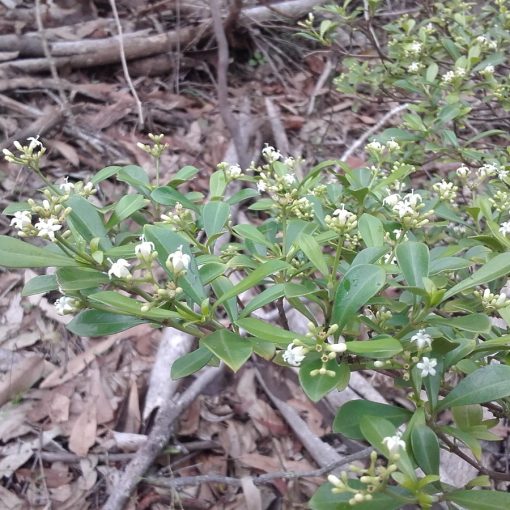 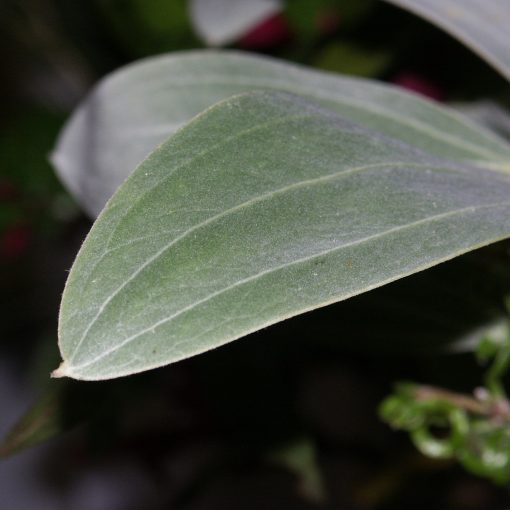 Silky wattle When many other plants are not flowering, the silky wattle (Acacia holosericea) provides lovely colour in the garden over winter […]